The Research Network
Functional Nanostructures
is funded by the
Baden-Württemberg Stiftung.

Organic field-effect transistors on the basis of functionalized polyethylene nanocrystals

Crystalline nanoparticles are ubiquitous building blocks and functional units in nanotechnology. Due to their previous lack of preparative accessibility, building blocks and functional units, whose structure is based on the principle of polymer crystallization, have only recently received attention. In a preceding project, catalytic routes to nanoscale polyethylene crystals floating in dispersion have been developed. Their self-assembly on surfaces by means of capillary forces leads to regular, periodic arrangements such as stripes. The molecular order (number of folds per polymer chain) can be defined by appropriate annealing.

Polyethylene has an extraordinary spectrum of properties. However, processing of polyethylene by conventional methods into thin structured layers is problematic. This research project examines the new principle of functional nanostructured layers based on models for organic field- effect transistors (OFETs) with polyethylene nanocrystal monolayers as an insulator layer . For the semiconductor layer we use appropriate molecules, which are directly connected to chain folds located at the crystal surfaces. Thus, very thin and regularly patterned semiconductor layers can be formed on an insulator surface. Synthetic procedures for such crystals by metathesis polymerization and post-polymerization functionalization and hydrogenation are developed. In addition to the characterization and control of the molecular order we will also perform conductivity measurements and determine the current-voltage characteristics. We aim to generate OFETs based on these functional layers. Through control of orientation and the density of the organic semiconductor molecules, this “bottom-up” approach allows to investigate fundamental optical and electrical properties of organic semiconductor layers, as well as to develop new technological approaches. 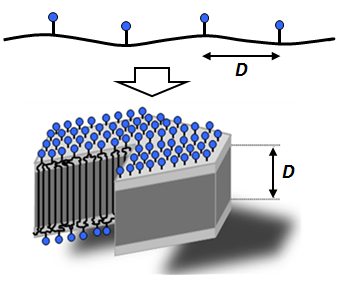 Fig.1: The thickness D of functional polyethylene nanocrystals correlates directly with length D of the methylene sequences between the carboxy substituents.